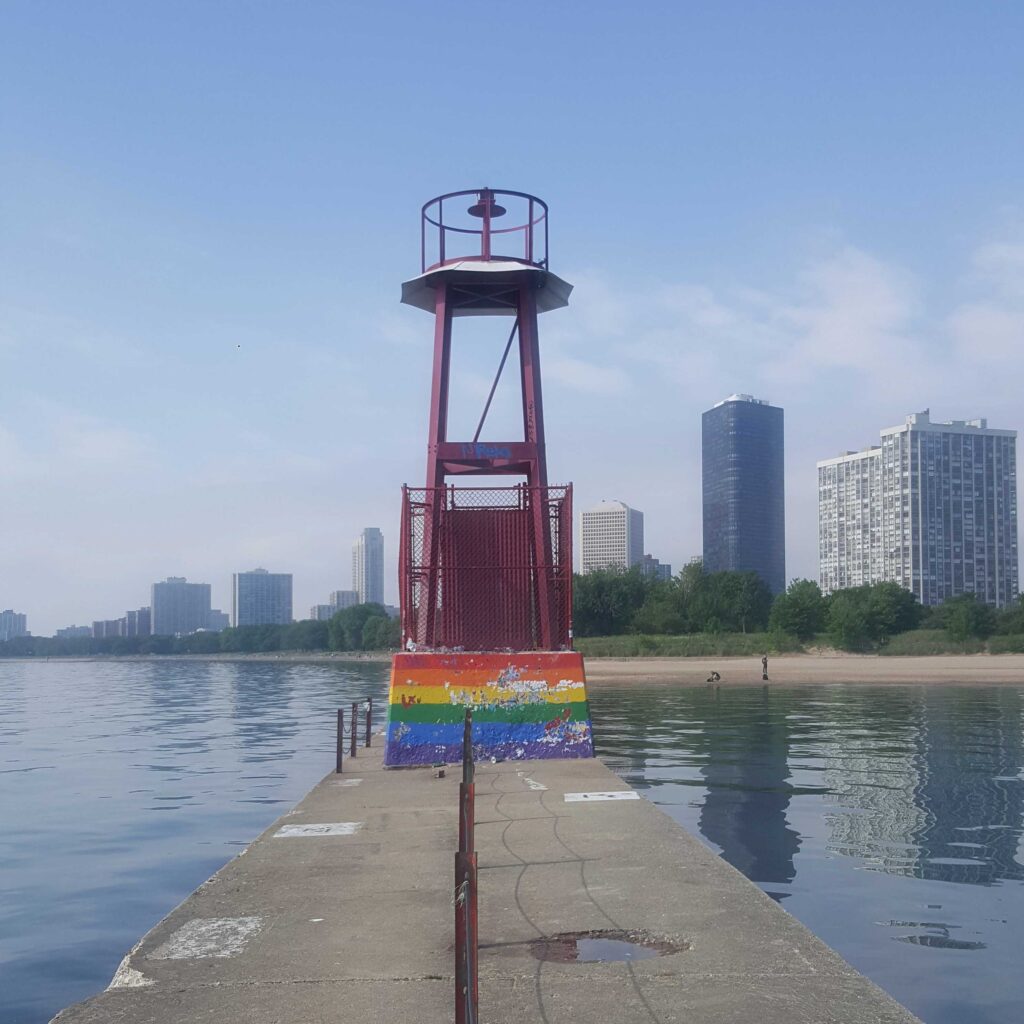 At ICOY, we champion the safety, health and success of Illinois’ children, youth, and families. Within this mission, we strive to create an inclusive community within our coalition. We hope that you were able to enjoy LGBTQI+ Pride Month, a time dedicated to heightening the LGBTQI+ community, and we challenge ourselves and others to use awareness months like this, as a starting point to a continued commitment to growth and learning.

With the month of June coming to a close, members of ICOY staff have shared their reflections on celebrating LGBTQI+ Pride Month.

In 2019, I took my three children, my oldest 11 and my twins aged 8 at the time, to their first Pride Parade. The location was in Aurora, Illinois, and this is only the second suburban Pride parade that I had learned of outside of the fabulous Chicago Pride Parade. Although the Chicago Pride was a celebratory right-of-passage in my 20’s, fighting the crowds, heat, and excessive partiers had long lost its appeal for myself as a mother that had settled in the suburbs with her family. I was excited to learn the Aurora Pride Parade was centered on engaging people of all ages, was shorter in length, and easier to manage for my kids (aka we could comfortably bring our wagon and chairs). In anticipation, I bought matching Pride shirts for the entire family at Old Navy, mini rainbow flags to wave at the crowd, and a big rainbow umbrella to provide shade during the June afternoon heat.

As we parked the car and began to navigate our way through the pre-parade crowd, my son turned to me and asked genuinely, “Why do we celebrate Pride?” The question caught me off guard because I realized that in his world having two moms, friends with trans fathers, and a group of friends with queer parents was normal. He did not know that when I grew up, there was no one that was openly gay. Being gay was seen as a “bad thing” and meant risk of being ostracized or worse from your friends, family, and community. He did not know that I moved to Chicago, because it was the first place, I felt like I had the opportunity to find a community, love, and a hope of creating a family. He did not know that I had to go to Canada to get married because it was not legally recognized in most states in 2006. He did not know that during my first Pride Parade, I had to march past blocks of protesters that were happy to tell me I was going to Hell. He did not know about the hundreds of thousands of queer people that died and fought so that we could be a family unit today.

When I reflect now on this same question, I am humbled by the advocates and the everyday people that were bold and brave to be out despite the risks of stares, mocks, violence, and discrimination. They are my heroes that paved the way and helped me learn that true happiness comes when we embrace our true selves. I constantly strive everyday to set this example for my children, so they inherit a world in which people are celebrated for their authenticity, and people do not care who you love. It is heartening to see how far we have come in my 40+ years; however, we still have a ways to go. LGBTQI+ youth continue to be disproportionately represented in the child welfare and juvenile justice systems, and LGBTQI+ people still do not have many protections in place to avoid discrimination in the work place, housing, and schools.  This past year I was elected as the first openly queer person on our local school board. I was surprised that in 2021 I was the first; however, I am hopeful that I will not be the last. Representation matters, and we need to continue to be bold, step up, and fight for equity for all.