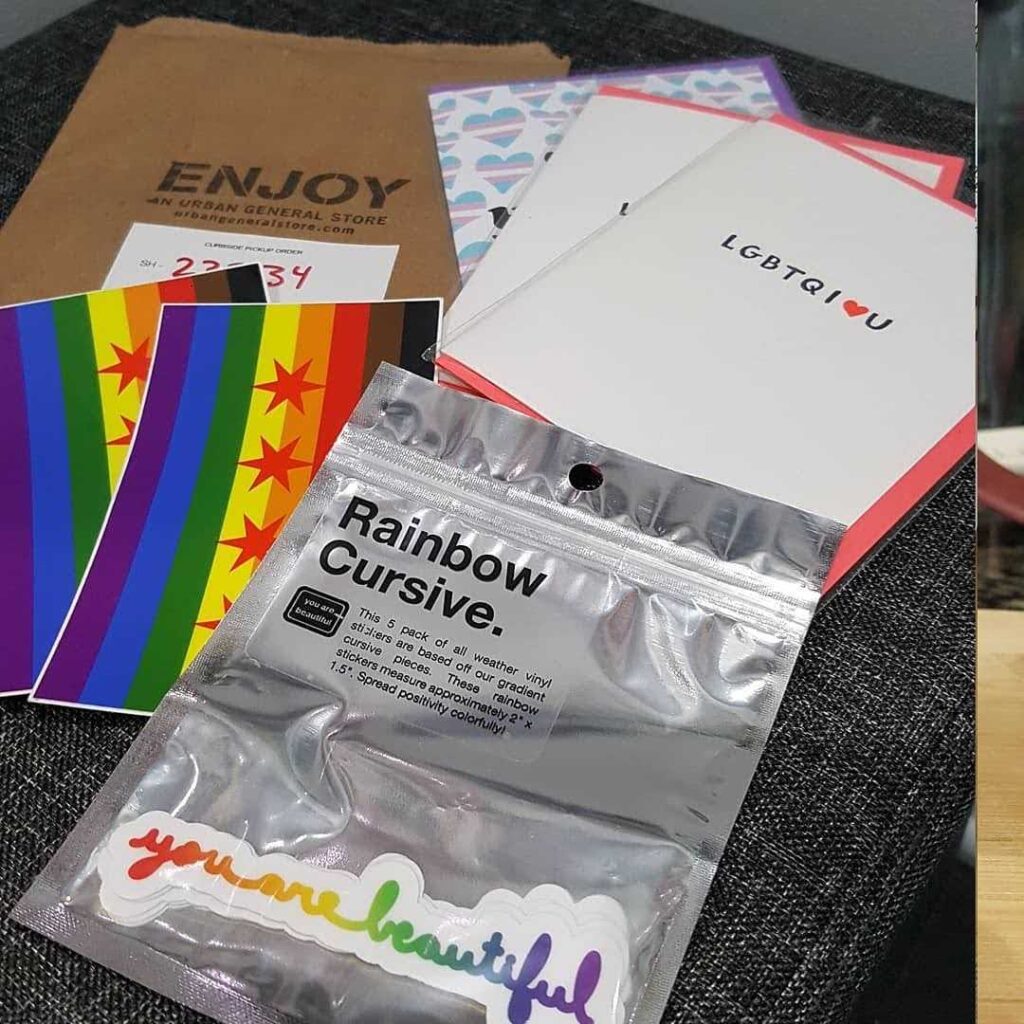 At ICOY, we champion the safety, health and success of Illinois’ children, youth, and families. Within this mission, we strive to create an inclusive community within our coalition. We hope that you were able to enjoy LGBTQI+ Pride Month, a time dedicated to heightening the LGBTQI+ community, and we challenge ourselves and others to use awareness months like this, as a starting point to a continued commitment to growth and learning.

With the month of June coming to a close, members of ICOY staff have shared their reflections on celebrating LGBTQI+ Pride Month.

Chances are that if you are reading this, you are aware that June is Pride Month.  It is also true that it is highly unlikely that I would have started an article out with that sentence fifteen to twenty years.  Oh, how things have changed, or have they?

Earlier this month ICOY’s Communication Director Melissa Franada asked me if I would be interested in writing about trans youth for LGBTQI+ Pride Month.  It pains me to admit this, but I had little pride in myself at that moment, because I know little about trans issues.  Instead, I brushed the question off with a question by asking her if she would like me to put her in contact with subject matter expert.

Yes, I am keenly aware of the statistics.  It is also not like I do not know anyone that is trans either, my former college room mate is a trans female and I friends with several parents of trans youth. Yet when Melissa asked me to write this article, it caused me to pause and to do some deep soul searching.

I identify as CIS gendered gay male.  I suppose I have always seen myself as a member of the “G” community in the LGBTQI+ spectrum.  When my friend and former room mate would call me during her transition, I would often say to her that I could only relate to my own experiences because I identified as a gay male and I was not transgender.

After some reflection, I have come to my own conclusion that was perhaps an ignorant statement to make.

I am active in the LGBTQI+ community.  In fact, I was the first openly gay person to be elected to a county office in Sangamon County.  Therefore, I am known.  Two months ago, a local health care practitioner called me and asked me if I had heard of LGBTQI+ friendly gynecologist that might be open minded enough to see a female to male client of hers.  Her client no longer wanted to have periods and she wanted to refer her client to someone who would be understanding.  Once again, I relied on my stand-by excuse.  Of course, I could not give this provider a name. I am neither trans nor female.

Besides, as a gay male I have enough trouble on my own when it comes to healthcare.  To this day, there are things about my private sexual health I would be too afraid and uncomfortable sharing with my doctor. I think that is because I was traumatized in 1994 when I was in college and not out of the closet, became ill, and walked into the local emergency room. When I walked up to the admissions desk the nurse whispered, “Do you live an alternative lifestyle?”  I was mortified and petrified at the same time.  I was escorted to a separate room in the ER and when the doctor came to see me, he was wearing a face mask and gloves.  I asked to use the phone and called my mother who drove three hours to be with me.  Yet, I could not even tell her why I was so ashamed and afraid.  I simply exaggerated my illness so I would not have to go through that hellish experience alone.

No, there is no way I could identify with trans issues after all I am gay not trans, remember?  I hope by now you see the point that I am trying to make.  For far too long I have segmented myself in my community.  The very fact that trans youth have such a difficult time with something as basic as health care should be appalling not only to me as a gay male, but to all of us.

Pride month is often seen as month where the LGBTQI+ community celebrates who we are.  It’s a month of visibility and pride.  There is much to be proud about in our community, but visibility is more than about people.  It is about bringing the issues that our community faces to light.

That night after my conversation with Melissa, I started thinking about my experiences as a gay man. I remember what it was like growing up in the closet.  I knew no one that was gay.  The only person that I knew of was a person in my community.  My parents and others in the community called this person “Sue”. Sue was biologically a man yet wore women’s clothing and make up.  Sue worked in the same factory as my mother in a small town in southern Illinois.  As children we were told never to go near Sue.  I do not know why really, though I suspect it is because Sue was “different.”

A friend recently informed me that Sue was often tormented and from what I understand, suffered a lot of both physical and emotional abuse, although I do not have firsthand knowledge of this. I remember one time I was at the plant where my mother worked, and this person dressed in women’s clothing and a beard came walking out of the building.  My heart began to beat, and I was frightened.  I ran to the car.  They politely turned around and smiled and waved.  It was at the very moment at age 11, that I realized Sue and I had something very much in common. They, or Sue as I knew them, were living their authentic life no matter how hard it was.  I knew one day I would have to make the choice to live my authentic life as well, no matter how difficult it may become.

Years later I learned Sue had a name and that they had been living a gender fluid life since the early 60s.  I never really met them besides that one encounter.  I never saw them on the streets or ran into them at a function.  I do not recall ever seeing them at any community event or even at the grocery store. I know nothing about this person at all, really, however I do know this: they were doing what they had (and every human being has) the right to do and that is live their live in as their authentic selves.

I cannot help but think that Sue and others like them did not go through the hell they went through so that myself or others can separate ourselves into a segment into the LGBTQI+ community. I owe to the previous generation to ensure that this generation and the ones ahead have the right to not only live their authentic lives but to have access to the basic human rights that allow them to do so.

It is time to bring transgender issues to visibility. Living your life in authenticity does not mean you should have to live it in isolation.  So, to those still in the closet or not living their authentic selves, remember to be proud of who you are. You belong to a community of fighters, to a community of change makers and diversity. You belong, you just simply belong. Happy LGBTQI+ Pride Month!

To learn more about the transgender community, visit the Human Rights Campaign website.