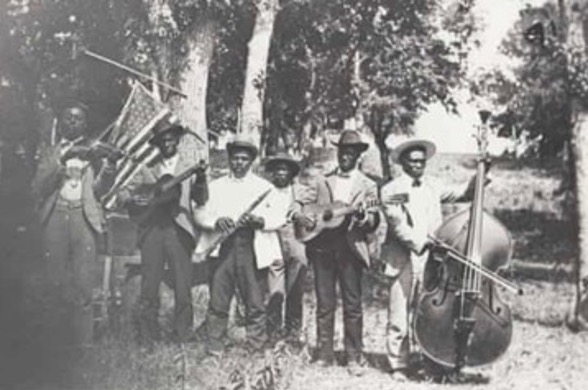 Recently, both the House and Senate voted in favor of recognizing Juneteenth as a federal holiday, and President Biden is scheduled to sign the bill into law. Governor Pritzker also signed legislation declaring June 19 a state holiday marking the abolition of slavery in the United States. “Today, we can all stand proud that Illinois will officially recognize America’s second independence day,” House Speaker Chris Welch (D-Westchester) said in a statement. “As the first African-American Speaker of the Illinois House of Representatives, this moment will forever be a treasure in my heart, and I hope it will become a treasure for all Illinoisans. It’s a day of remembrance, but also a day of joy and perseverance.” Additionally, the House and Senate have both voted in favor of recognizing Juneteenth as a federal holiday.

Members of ICOY staff have offered their reflections on the holiday including some history and suggestions on how to celebrate.

Juneteenth is a holiday, similar to other important historical moments for black people in America, that was unbeknownst to me until my undergraduate years of college. After learning that my family and I spent every year getting red, white and blue flagged outfits and partaking in other celebratory aspects of the fourth of July, it was an unfortunate realization that I was only celebrating out of pure ignorance and for the sole purpose that this holiday was one that my family historically participated in every year. Since learning that my ancestors weren’t “free” until June 19, 1865, I have made it a priority to create time, energy and space to show appreciation and humility for what they had to endure in order for me to have the opportunities that I have now. In addition, continue to recognize the ongoing struggles that black people face today and use the pride and education gained to ensure that more equitable treatment and resources are granted to black and brown people. For the past few years, my close friends and I would dedicate our entire Juneteenth day to black-owned businesses in the form of dining, researching commercial banks, various foods and drinks created/sold by black people, etc., and giving back to the very communities in which we grew up. As a fashionista and with a new collection of Juneteenth gear, it is something that I look forward to getting dressed up for and actively participating in an extra way and getting more and more folks to join in on the cause. This year, my family and I will be attending Six Flags Great America with our matching Juneteenth shirts and attending a celebration in honor of Juneteenth afterwards. Knowing that this isn’t a black-owned franchise, raising awareness in spaces where people from all walks of life could be enlightened is the goal while still having fun and embracing black culture.

From a legislative lens, I am proud that the Illinois legislature passed SB1965 in both chambers to recognize Juneteenth as a state holiday. It is also known as Juneteenth National Freedom Day to commemorate the abolition of slavery throughout the United States and its territories in 1865. With respect to state employees and schools, this will be observed just as other state holidays. With the Governor officially signing this bill, it is important to note that the meaning behind this holiday has the power to encourage more people to educate themselves and others on the importance of how highlighting such history can reshape our collective views and celebrate the differences that comes with that history. Happy Juneteenth Day! <3

What is Juneteenth? Why have I only just learned about Juneteenth a couple of years ago? Is it my fault that I do not know about MY own African American history? Why did I only just learn about the Tulsa Massacre five years ago? These are the questions that I grapple with as I think about what Juneteenth means to me. Apparently, this is a similar experience for many people across the U.S., considering there is a fight at the legislative level in many states around how, when, and what to teach our children in terms of the history of slavery and other atrocities toward African American people. One side is fighting to require by law that these events and such things like the history of Juneteenth, be taught, while the other side fights against it. For example, Republican Gov. Kevin Stitt of Oklahoma, signed a law restricting public-school teachers and employees from using lessons that make an individual feel “discomfort, guilt, anguish or any other form of psychological distress in account of his or her race or sex”. It is disheartening that this very violent, relevant and pervasive part of our history can be swept under the rug to ensure that some people (i.e. non-people of color) won’t feel discomfort or guilt, yet there has been a struggle to pass other legislation meant to protect African-Americans from actual physical harm, such as the Anti-Lynching bill, at a federal level.

So, what is Juneteenth, anyway? Ironically, it is not a day that commemorates the signing of the 1863 Emancipation Proclamation, which technically freed slaves in the rebelling Confederate states, nor does it commemorate the December 1865 ratification of the 13th Amendment, which enshrined the end of slavery into the Constitution. Instead, it marks a day where thousands of slaves in Texas were finally made aware of their freedom, on June 19, 1865. The holiday received its name by combining June and 19; hence “Juneteenth”.

I am excited about celebrating Juneteenth this year because I have joined an amazing organization which recognizes Juneteenth as a holiday, which means we have the day off! Finding this out gave me a great sense of pride and excitement. Additionally, many of our member organizations are now recognizing Juneteenth as a holiday, which is very refreshing. Having this day off allows for me to join my family and friends in participating in various annual Juneteenth Celebrations across my city. There are also parades, festivals, and parties happening all across the U.S. Awareness of this holiday continues to be on a rise with popular television shows like “Blackish” airing an episode called “Juneteenth” which is oddly and embarrassingly how I learned about Juneteenth. Social media influencers are also taking to various platforms to educate the masses about Juneteenth along with promoting parties to celebrate and engage in discussions around, for example, the connection between food and Juneteenth. So, what does Juneteenth mean to me? It is a celebration of culture, freedom, and love. It’s an opportunity for my community to come together and fellowship over food, drinks and music. It is also a somber reminder of how far we still have to go in America. If you are invited to a Juneteenth celebration, be sure to bring a traditional dish! Check out these recipes for ideas!

As I reflect upon the celebration of Juneteenth, I have many associated feelings for a plethora of reasons.

While Juneteenth is a celebration, it truly is a reminder. It is a reminder of how far we have come, where we are headed and the state in which our country did not belong. Juneteenth offers a time to learn the importance of events that reside as American History and foundational pieces for us to move forward as a country. As we continue to move forward and look for great ways to celebrate Juneteenth consider attending events, panel discussions, and even having conversations about the holiday. While history may not always be the easiest to understand or accept it is important that we remain transparent and continue to learn.
Happy Juneteenth!!!!!

What is Juneteenth? Juneteenth is the oldest nationally celebrated commemoration of the end of slavery in the United States. The observance of Juneteenth continues to evolve as celebrations of African Americans freedom and achievements continue to both changed and shape all OUR history. For me, it is a reminder of how resilient and unstoppable I was destined to be as a Black woman. Although the road is a long one (and still going), days like Juneteenth remind us that African American culture have indeed influenced major change we see in America today and continues to do so, thankfully. Historically this is a day to come together as friends and family with food, music, and activities to celebrate the culture that derived from the African American ancestors who built this country. Ways you can celebrate — I encourage anyone to patronize a Black-owned business or find a local pop-up shop highlighting Black entrepreneurs, read a book that is written by a Black author possibly highlighting African American stories or experiences, research a traditional recipe and indulge (you will thank me later), find an event in your neighborhood, check out Black TV shows or movies, visit an exhibit or museum dedicated to Black culture. One recommendation would be the DuSable Museum which is a museum of African American History. Lastly, let us not forget about the countless Black lives we have seen taken to soon surrounding the mistreatment and failed historical systems put in place against Black people in America. There are countless organizations and movements that need resources and support and donating helps build power to bring justice, healing, and freedom to Black people across the globe. I hope either way, everyone can find a way to celebrate. Happy Juneteenth!