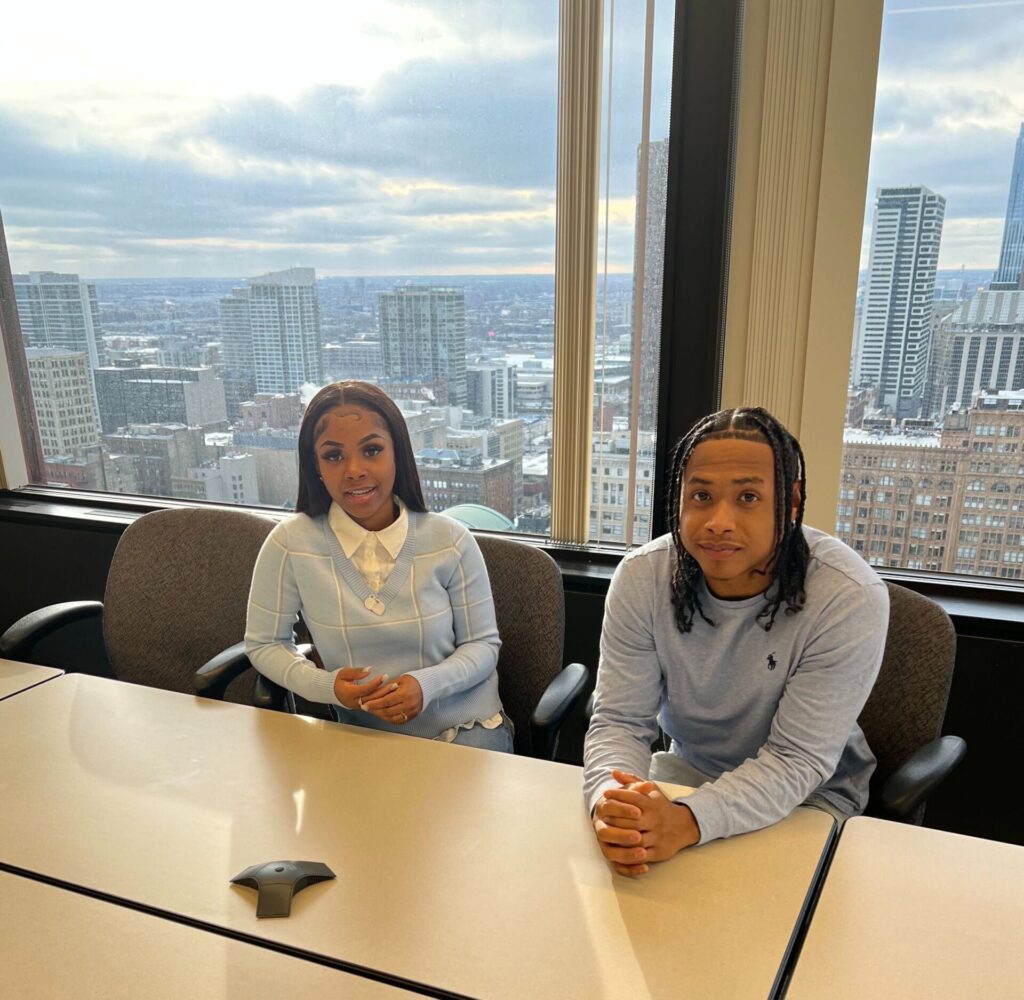 Background of the R.E.A.L. Youth Initiative

Rising. Elevating. And. Leading. Youth Initiative (R.E.A.L.) is an unassociated group facilitated by previously incarcerated young people. It is a youth-led, peer-mentor resource hub which addresses the trauma and PTSD of incarceration and post-incarceration community re-entry. R.E.A.L. founders Denzel Burke and Destine Phillips work with young people to address these issues with community education, professional development, and the arts. In addition, they use peace circles for conflict resolution. ICOY is supporting and working with them to ensure they can become a successful standalone 501(c)(3) nonprofit organization in the future.

Both Denzel and Destine spent time among five facilities, including the Cook County Juvenile Temporary Detention Center and the Illinois Department of Juvenile Justice (IDJJ). Through a contract with IDJJ, R.E.A.L. provides reentry-based programming for up to 12 currently incarcerated youth and up to 24 recently released youth. The R.E.A.L. Youth Initiative provides these programs at three IDJJ Illinois Youth Center facilities.

During their time, Denzel and Destine participated in the Free Write Arts and Literacy program. Through this program, they met influential teachers. They also found a community that inspired their creative and artistic gifts. It was a welcome change to the daily motions of incarceration. As a student with Free Write, Denzel wrote poetry that would later find new life when spoken at poetry slams and competitions. After their release, both began working for Free Write, eventually as Program Coordinators for the organization.

Working on the other side of the organization granted many opportunities, even teaching to third graders. Destine was able to use her voice in writing poetry (louder than a bomb), creating silhouettes, and painting small murals which later developed into many anthologies. In addition, she worked with young people to lift their voices through music, art, and poetry.

While Free Write was a beneficial program for both Denzel and Destine, it also had shortfalls. Additionally, the abrupt dissolution of the organization lacked communication with the staff. However, Denzel and Destine have kept in touch with some of their mentors. They reflect upon the experience to provide deep insight into what they hope to accomplish with the R.E.A.L Youth Initiative.

Though other groups have tried to recreate programs like Free Write, nothing has encompassed the nuances of their work. Denzel attributes the successes of the program to many factors. For example, the Free Write staff was not associated with the Illinois Juvenile Justice Facilities. This allowed staff to maintain an outside perspective that is not as likely influenced by biases that can build over time. Because of this added mental space, the staff was able to suggest creative opportunities for the youth that might not have received consideration from on-site staff.

Following the immediate loss of their jobs, Destine and Denzel found themselves in an extremely tight situation. Their mentors contacted them when new funding opportunities would arise. But for months, their lives returned to an unstable, uncertain state. Over those four months, the two worked endlessly on various proposals and eventually found the right opportunity with ICOY.

Reflecting Upon the Past to Benefit the Future of the R.E.A.L. Youth Initiative

When reflecting on the time that followed the loss of Free Write, it became clear to Destine that she wanted to create an organization that values transparency and honesty. She and Denzel would rather take the chance to learn by trial and error with their own organization than put themselves in a situation that could potentially allow repeated trauma or exploitation.

With the R.E.A.L Youth Initiative, they hope to take their lived experiences and create positive change among incarcerated youth. When they were serving their time, they needed genuine acceptance of their true selves. In addition, they needed attainable role models to inspire hope for their future. Furthermore, they needed connections to people and ideas. They needed outlets outside of their detention walls to help create a safe space to envision their future and goals. They feel fortunate to now have access to these resources at ICOY and other associated organizations. With their commitment to R.E.A.L, they recognize that imprisoned youth are in dire need of similar opportunities. And with this reversal of roles, they hope to change the course of the future for other youth, as it has for them.