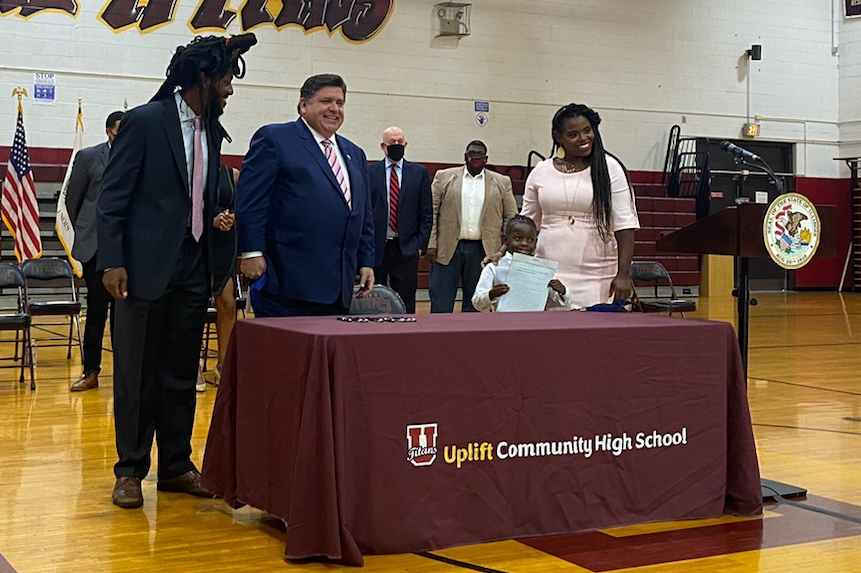 Four year old Jett Hawkins inspired this legislation. Earlier this year, his school cited him with a dress code violation for having braids and sent him home. Local news source, Block Club Chicago, reported on the Act and it garnered the attention of national news outlets such as Today and Upworthy.

The conflict motivated Ida Nelson, Jett’s mother, to contact her local elected representatives. “For us, this is bigger than just hair. Our hair is an extension of who we are as a race and is deeply connected to our cultural identity,” Nelson said. “This is one huge step towards improving the mental health outcomes for our children, as it ensures that they will be in healthier learning environments” (Upworthy).

“‘No child should ever have to experience being singled out by their school for sporting a hairstyle that remains true to their heritage, culture or ancestry,’ Simmons said. “These policies have no purpose and only serve to disproportionately impact and humiliate students of color who choose to wear their hair in a style that is traditionally non-white” (State Senator Mike Simmons).

This legislation received wide bipartisan support. Effective immediately in public schools, HB219 intends to end the use of physical restraints when disciplining students. Over the course of three years, the law will also end other restrictive measures like solitary time out. As it relates to these disciplinary practices, the Illinois State Board of Education (ISBE) will expand training and accountability.

“This law makes a commitment to our most vulnerable students that their school will be a safe learning environment,” said State Senator Ann Gillespie (D-Arlington Heights) (ILGA.gov).

The state is also making national headlines as “the Illinois 2nd District Appellate Court upheld a lower court decision that determined that Hobby Lobby violated the Illinois Human Rights Act both as an employer and as a place of public accommodation” (NBC News) “by denying a transgender woman employee access to the women’s bathroom” (Bloomberg).

“The decision also recognized that a person’s gender identity is a valid basis for determining a person’s sex under the law. The Court specifically addressed the evolution of Illinois law, noting examples such as a trans person’s ability to obtain a birth certificate with a corrected sex marker, or a corrected sex designation on a driver’s license.” (Illinois.gov)

“Jacob Meister, who represented Sommerville, went further, telling Bloomberg Law the decision had national implications and will ‘start the process of courts around the country addressing the issue of bathroom access’” (NBC News). The ruling could be instrumental in relation to locker room/ bathroom bills. In addition, it could impact legislation preventing transgender girls from participating on female sports teams.

ICOY continues to monitor state and federal policies that affect children, youth, and families. Find out more information on our Policy & Advocacy work.